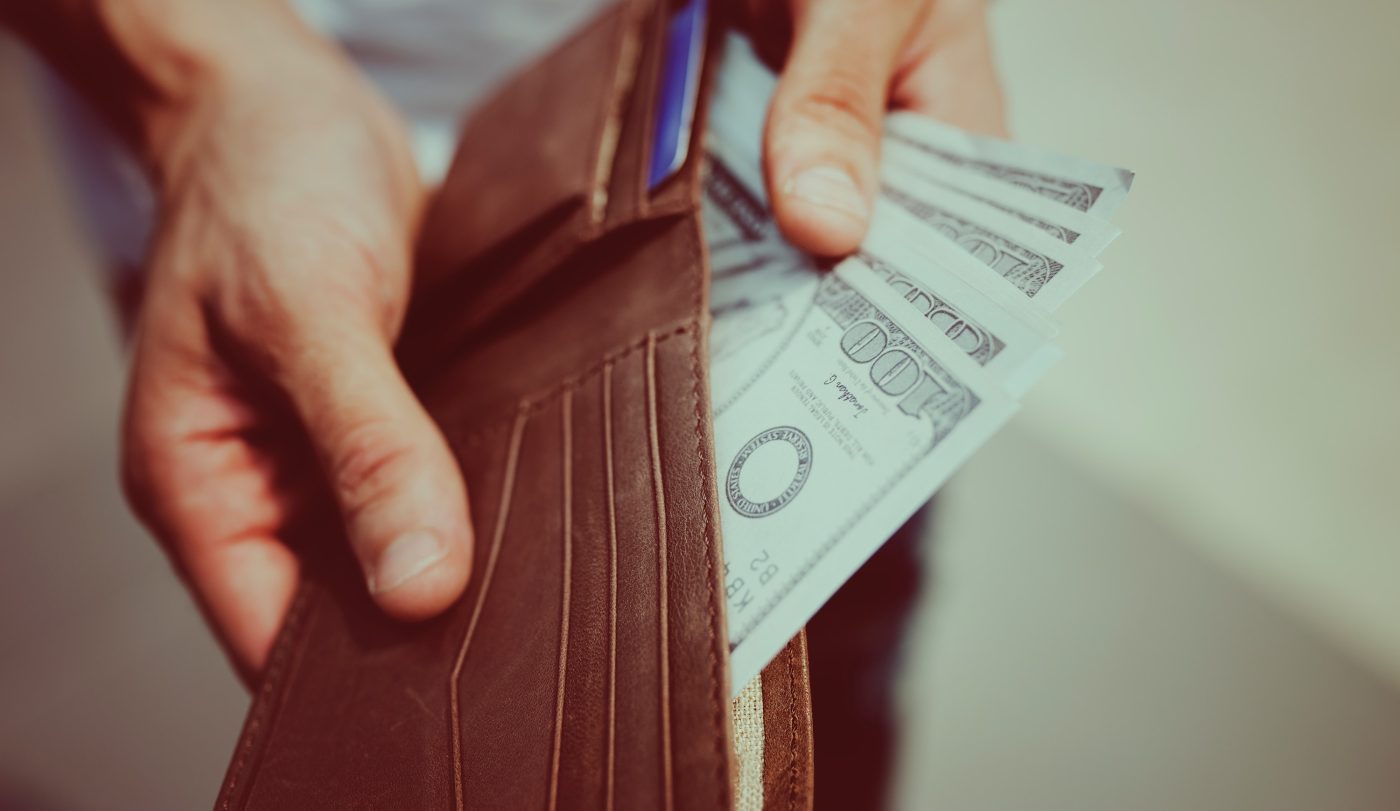 3 Unusual Secrets A Man’s Wallet Can Tell You…

Not all wallets are created equal. Listen up guys, I hope you know that because all leading ladies do!

That’s why we care a lot about the kind of shoes, belt, and wallet a man possesses. It used to be considered vain and materialistic to put significant value on such small details. But research-based studies are proving otherwise.

More and more men are beginning to understand the value of creating a good self-image both physically and internally. In today’s world, looking your best keeps you one step ahead.

I remember having a conversation with my cousin several years ago who wondered why he needed to invest in a new wallet and new clothes just because he was now interested in dating a girl from an upper-class family.

Years later, he still remembers the advice that I gave him. Today he has a gorgeous family with this amazing, highly educated and super successful woman.

He’s created a successful growing empire that is helping thousands of women enhance their beauty each month.

Am I saying that the wallet made him score the woman of his dreams?

Of course not! But there are certain tell-tell signs that psychologically reveal what a man thinks about himself based on the clothes, shoes, and wallet he carries.

Now, I know what you might be thinking, I’m a woman – isn’t this biased information?

Well aside from the fact that I’ve lived in Italy for more than a decade now where fashion for men is considered a big deal, a recent conversation with my good friend and owner of Wallet Island, Adrian Brown confirmed the very ideas I am about to share with you. He’s been obsessed with men’s fashion for years now.

Having undergone his own death and resurrection when it comes to the tiny details that men often overlook, he confesses that it wasn’t until he gave up his 8th-grade paradigms on what kind of wallet he should have that things started shifting in his world.

Prior to the fashion transformation, the idea of giving a second thought to the type of shoes he wore, the wallet he carried or the clothes he wore seemed like a total waste of time.

“If a woman doesn’t like me because my wallet is too old and held together by duct tape then she’s not the right woman for me“, he would often say.

“If they won’t hire my services because they don’t think I look wealthy that’s their problem. I am good at what I do, why should I stress myself with the nuances of fashion?”

These types of conversations were common amongst Adrian and his friends.

Dare I say these types of conversations are fairly common amongst most men who are desperately trying to be successful.

The truth is you might be missing out on some great opportunities just because you’re carrying around this false perception. It isn’t about being narcissistic and vain – it’s about developing a healthy, wealthy self-image for yourself.

If you are an entrepreneur, you can bet it matters how you look and the quality of your wardrobe. Whether you think it’s fair or not, that’s how the game is played.

In fact, my mentor and world famous online marketer Neil Patel said in this article that spending over $100K made him over $600K.

He confessed in his blog that consciously choosing to spend a lot on his wardrobe and the little details that men generally don’t care about making a huge difference in his income.

Dressing nicer actually seems to be getting him larger business deals. It’s an article worth reading if you have ambitious dreams but still think how you look doesn’t matter.

In any case, I am not here to convince you on the importance of improving your style, there plenty of great resources in Kinowear that do an amazing job with that and even give you a crash course on where to start.

What I would like to do is share with you some insights that we on the feminine side of the spectrum pick up whenever we engage with you.

So here are 3 unusual insights your wallet reveals:

1. A man’s wallet tells us how clutter free and organized he likes to be.

If you spot a wallet that looks dated, full of old bills are receipts, being held together by duct tape, that is a man suffering from server clutter and organizational issues.

Procrastination and all kinds of states that inhibit productivity can be expected to be part of his normal experience. Such a man may have great ambitions and a desire to become successful, but the path of struggle is most likely the only one he knows.

2. A man’s wallet tells us how much thought he puts into his presentability

As Neil Patel says, people believe what they see. If people think you look successful then in their eyes – you are.

I obviously wish we were a society that was a little less superficial but at the moment, we still have a long way to go. So I know that a man who cares about how neat, tidy and well managed his personal possessions are will be a man interested in growth and progress which is what I care about.

I also know that a man willing to invest hundreds or thousands of dollars on his wallet is someone with a very specific taste and standard for himself. And that is always attractive for women who are also passionate about growth, progress and setting high standards for themselves.

So the next time you’re at a bar trying to get the attention of a leading lady, notice how comfortable you feel flashing out your wallet.

3. A man’s wallet whispers his ongoing invisible relationship with money

Whether or not you believe in the famed law of attraction, there’s no denying that we live in a law based universe.

In the Eastern world, they believe everything has a particular energetic frequency and those that vibrate at a similar level always attract each other.

Most people who agonize about the lack of money have the most interesting relationships with it. I’m serious.

Get curious in your own life, with your friends and family and notice how they handle money, where they store it and how comfortable they are talking about it.

How good is the home you have created for your money? Is it a home that vibrates with good energy and a welcoming lavish feeling or the opposite?

While most people are still inclined to view wallets as simple style accessories, I believe much can be said by the individual choices we make on how we store, carry and maintain these daily containers that carry our private possessions.

If you can be open-minded enough to look beyond vanity when it comes to your present-ability, you’ll soon realize that your wallet is telling a story about the beliefs you subconsciously hold about yourself and wealth.

Janette Getui is a mompreneur and prosperity coach devoted to showing others how to produce more freedom and opulence in life. She is the co-founder of Bold Beautiful Blissful U and hosts transformational prosperity classes and masterminds.